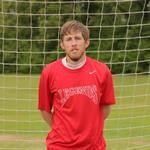 Ted played at Division I Winthrop University where he was a part of 2 Big South Conference Championship Teams.  A four year player at Briarcrest Christian School, Ted was a three time All-Region and two time All-State player.  A long time player for MFC who played in England, Denmark and Poland.

Bartels was also a four time member of the Tennessee Olympic Development Program.  A very technical player, Ted has worked as an assistant coach at Briarcrest as well as a staff coach with HappyFeet and with the Legends Goalscoring Camp.

From 2003-06, Bartels played for Briarcrest where he scored 50 goals and was a three-time All-Region and two-time All-State selection. He also played for the Tennessee State ODP for five years.

He is currently the Volunteer Assistant coach with the University of Memphis Womens soccer team. Previously he was the Assistant coach at Southwest Tn CC, and the head coach at Germantown HS for 4 years. 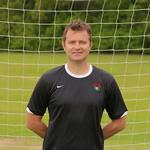 Upon graduating from the University of North Carolina where he was a four year starter, Talley was drafted 14th overall by D.C. United in the 1998 MLS College Draft.  Talley immediately earned a spot in the United lineup, starting 19 games and appearing in 29; he would remain in that role for the next three years, winning an MLS Cup with the team in 1999.  During the 1999 MLS Cup title season, Talley scored a career-high 4 goals.  He scored his first MLS goal on May 15, 1999 at Kansas City, and started all six playoff matches for DC, including MLS Cup 1999, which United won 2-0 over the Galaxy.

In 2002, Talley was traded to the Kansas City Wizards for future considerations; although he was usually a starter when healthy.  Talley had injury problems in 2003, and was subsequently traded in the offseason to the Dallas Burn along with Eric Quill in exchange for Shavar Thomas.  Although he had little playing time at the beginning of the season, Talley eventually supplanted Philip Salyer as the team's starting right back, and finished the year with one assist in 19 starts.  After playing in 20 games in 2005, he was traded to Real Salt Lake.  In his first season with RSL, he posted career-highs after starting in all 30 appearances and logging 2,618 minutes played, and tied for second on squad and recorded a career-best eight assists from his right back position.  On May 13, 2006 he recorded his first two-assist game at the Los Angeles Galaxy, helping RSL to a 3-0 win and its first-ever road victory.

On May 9, 2008, he was traded to Chivas USA for a future conditional pick in the 2010 or 2011 MLS SuperDraft.  During his stay with Chivas, he appeared in 43 league matches scoring 1 goal, being primarily deployed as the club's starting right back.  On March 2010, he was released by Chivas USA and later signed by D.C. United.  Talley appeared in 15 league matches for United upon his return to the side appearing in 15 matches and scoring 1 goal.  He was traded by D.C. United to New York Red Bulls on September 15, 2010 in exchange for a 2011 MLS SuperDraft 2nd round pick.  The move was made by New York to help strengthen the squad during its playoff run.

Talley was inducted to the Tennessee State Soccer Association (TSSA) Hall of Fame in 2020.

Coach Talley resides in Germantown, TN with his wife and two children.  He is still active with Major League Soccer. 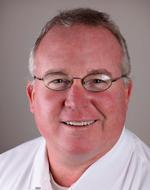 Currently, running the Germantown Legends Recreation Soccer programs, he oversees our Future Legends Skills Sessions for U5 thru U10.

He also helped to start the Germantown Legends' TOPSoccer program as well.

While attending Christian Brothers High School, he participated in the Cross Country and Track & Field programs, while also playing club soccer.  He also was a two-time All-American for the Germantown Track Club in both the 3,000 and 5,000 meters.

Coaching Philosophy:
"My goal is to develop players to the best of their ability.  I want to pass on an appreciation, respect and understanding of the beautiful game of soccer.  I want to enable the players to make good decisions, while learning good sportsmanship, confidence and team unity, as they grow as individuals and as well as a team.  The game of soccer teaches, as in life, that nothing comes without a little hard work and dedication.  And, that by doing the little things, the right way, they can lead to having success both on and off of the field, while also having a little fun along the way."

A 1986 graduate of Missouri State University, Coach Nobert resides in Germantown, TN with his wife, Marci and their four kids.

Brett Borm has been the Director of Memphis HappyFeet Soccer since 2012.

Borm is currently the Goalkeeper Coach for Memphis 901 FC of the USL under Coach Tim Mulqueen.

Borm was the Rhodes College Men's Assistant Soccer Coach under Coach Andy Marcinko from 2012-2014. He spent the 2010 and 2011 seasons as the Assistant Men's Soccer Coach and Goalkeeper Coach with the University of Southern Indiana Screaming Eagles (NCAA II) and Coach Mat Santoro. In his first season with USI, Borm helped lead the Eagles and their goalkeepers to their first winning season since 2003.

Borm graduated from Lambuth University (TN) in 2009, where he was the starting goalkeeper and captain for the Eagles under Coach Paul Conway.  He helped Lambuth to the 2007 TranSouth Conference championship and the 2008 Association of Independent Institutions Tournament title. In the 2008 season, Borm had 8 shutouts and was named to the A.I.I. all tournament team along with two A.I.I. Player of the Week awards and a NAIA national player of the week nominee.

In 2009, Borm played for the St. Louis Lions (USL) under Coach Tony Glavin that qualified for the Lamar Hunt U.S. Open Cup.  He also had the chance to compete against legendary 1875 FA Cup winners Royal Engineers A.F.C. in an exhibition match.

Borm earned his BS in Sport Management at Lambuth University in 2009, he then earned his Masters Degree in Liberal Studies at the University of Southern Indiana in 2012.